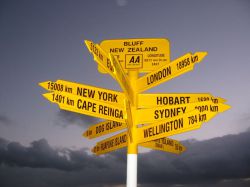 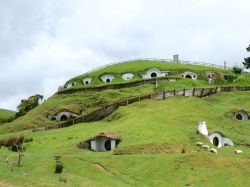 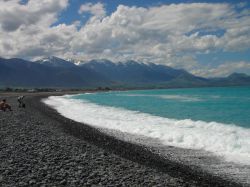 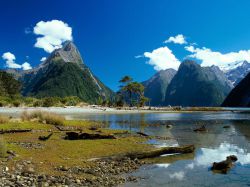 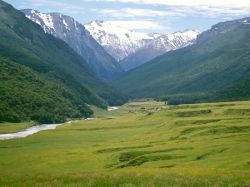 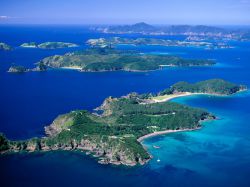 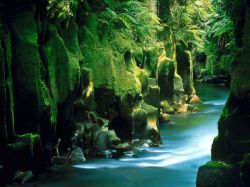 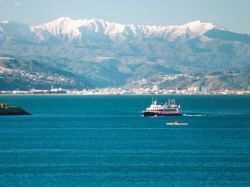 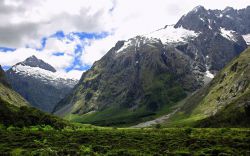 The climate of New Zealand varies from warm subtropical in the north of the North Island to cool temperate in the south and in the central regions of the South Island; in mountainous areas, a harsh alpine climate prevails. A chain of high Southern Alps divides the country in half and, blocking the path of predominant westerly winds, divides it into two different climatic zones. The west coast of the South Island is the wettest part of the country; the eastern part, located just 100 kilometers from it, is the driest.
The East Australian Current, passing through the Tasman Sea between Australia and New Zealand, makes the climate of the islands and eastern coast of Australia warmer and more humid, tropical instead of subtropical; contributes to the spread of tropical marine fauna in subtropical areas along the southeast coast of Australia and New Zealand.
In most of New Zealand, rainfall is between 600 and 1,600 millimeters per year. They are distributed relatively evenly throughout the year, with the exception of the drier summer period.
The average annual temperature is from +10 ° C in the south, to +16 ° C in the north. The coldest month is July, and the warmest months are January and February. In the north of New Zealand, the differences between winter and summer temperatures are not very significant, but in the south and in the foothills, the difference reaches 14 ° C. In mountainous regions of the country, with increasing altitude, the temperature drops sharply, by about 0.7 ° C every 100 meters.
In Auckland, the country's largest city, the average annual temperature is + 15.1 ° C, with the highest recorded temperature being +30.5 ° C and the minimum −2.5 ° C. In the capital of the country, Wellington, the average annual temperature is +12.8 ° C, the maximum recorded temperature is +31.1 ° C, and the minimum is −1.9 ° C.
The number of hours of sunshine per year is relatively high, especially in areas protected from westerly winds. On average, in the country it is at least 2,000 hours. The level of solar radiation is very high in most parts of the country. Snowfalls are extremely rare in the coastal regions of the north of the country and in the western part of the South Island. In the remaining regions, slight and short snowfalls are possible in the winter months. Night frosts in winter can take place throughout the country.

Since 1930, the only legal currency in the country has become banknotes put into circulation by the Reserve Bank of New Zealand (born Reserve Bank of New Zealands). The British monetary system began to be used as a sample, divided by pounds sterling, shillings and pence. In 1967, the decimal system was introduced with the simultaneous introduction of dollars and cents.
Currently, the country is circulating banknotes in denominations of 5, 10, 20, 50 and 100 dollars and coins in denominations of 1 and 2 dollars and 10, 20 and 50 cents.