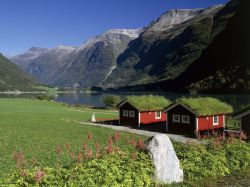 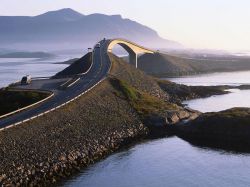 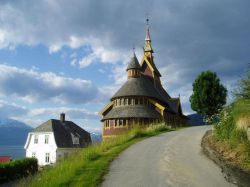 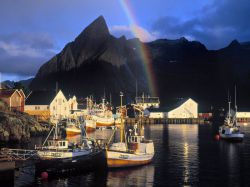 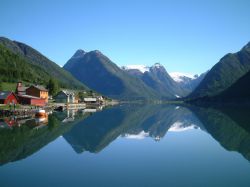 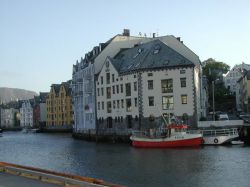 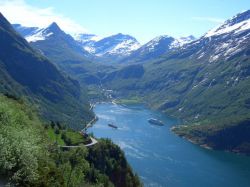 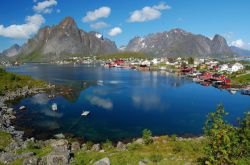 Located almost entirely in the temperate zone, compared to other parts of the land located at the same latitudes - the south of Norway is much warmer and humid due to the large influx of heat from the Norwegian current. Warm currents, however, do not penetrate into the Strait of Skagerrak, which has a sharp impact on the climate of south-eastern Norway, while continental air masses from the Baltic easily penetrate here. Also, often under the offshore zone penetrate the masses from higher latitudes, where the Arctic maximum prevails in winter. Because the surface of Norway falls steeply to the sea, and the valleys are extended meridionally, warm air masses can not penetrate very deep into them, which creates a situation where the winter gradient of temperature reduction when moving deep into the fjord is greater than when moving north. The height of the Scandinavian mountains does not allow air masses to pass to the east of the country, and create a barrier effect, which under conditions of significant moisture saturation is the cause of heavy rainfall, both in summer and winter [5].
The influence of the warm current on the country's climate is not due to the direct heating of the oceanic layer of air (the territory of southern Norway is separated from this current by 300-400 km.), But to the western transfer, which brings these heated air masses.
January average temperatures range from -17 ° C in northern Norway in the town of Karashuk to +1.5 ° C on the southwest coast of the country. Average July temperatures are around +7 ° C in the north and around +17 ° C in the south in Oslo.