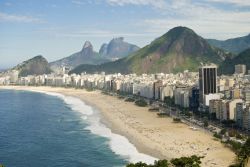 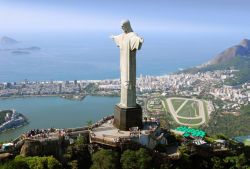 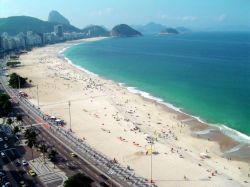 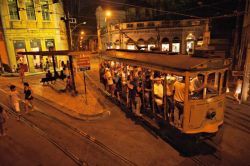 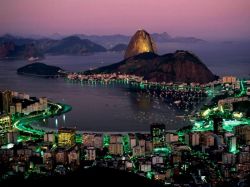 Rio de Janeiro (port. Rio de Janeiro, literally - January River) - Brazil's second largest (after Sao Paulo), the administrative center of the state of the same name, from 1764 to 1960 - the capital of Brazil. It has the semi-official moniker "Wonderful City" (port. Cidade Maravilhosa).
The Rio coastline with Copacabana Beach, Sugar Head Mountain and the Christ the Savior statue is a World Heritage Site.
Rio de Janeiro is located on the strip of the Atlantic coast of Brazil, near the Capricorn Tropic, 22 ° 54 "Southwest 43 ° 14" WD. The city is mainly oriented to the south. The city was founded in Guanabara Bay, the entrance to which is preceded by a mountain called Sugar Head, the "business card" of the city.
The center of Rio is located on the plains of the west coast of Guanabara Bay. Much of the city, the so-called North Zone, is located on the northwestern plains, hills and small rocky mountains. The southern part of the city - the beaches that surround the sea - is separated from the central and northern parts of the city by the coastal mountains. These mountains and hills are an offshoot of the Serra do Mar, an ancient mountain system in southeastern Brazil that forms the southern slopes of the Brazilian plateau. Free access to the great Western Zone, cut off by mountain ranges, was opened by the end of the XX century with the advent of new roads and tunnels.
The city covers an area of 1260 km². Rio de Janeiro was the capital until 1960, now the capital is the city of Brasilia.
Population - 6 million 150 thousand People (2004), in Greater Rio - about 13 million people. Residents of the city call themselves "carioca".
Rio de Janeiro is a city of contrasts. Poor dwellings huddle on the slopes of the surrounding mountains. These are the poorest areas of the city - favelas. There are several hundred favelas in the city. It is essentially a mini-state in a state. Federal authorities practically do not interfere in the affairs of the favelas. In most favelas, the standard of living is very low, often there are no elementary amenities, schools, hospitals, etc. And, as a consequence, an extremely criminogenic situation and a terrible sanitary condition.
Rio de Janeiro is famous, among other things, for its Brazilian carnival. There are several dozen samba schools in the city, which annually organize colorful performances on the sambrodrom in the days of the carnival, as well as walking in different parts of the city. 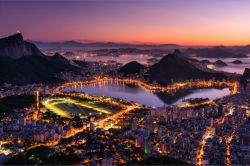 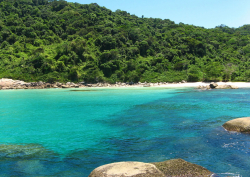 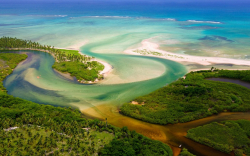