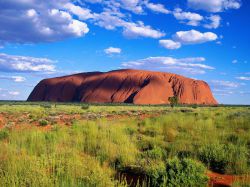 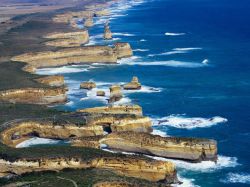 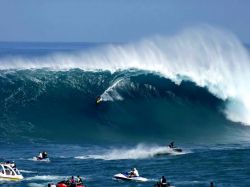 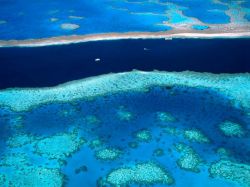 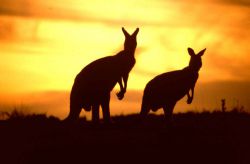 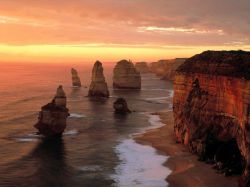 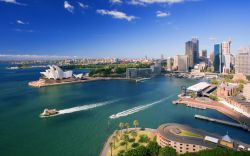 Australia or the Commonwealth of Australia is a state in the Southern Hemisphere on the Australian mainland and the island of Tasmania. The country also includes many small islands, including Norfolk and Lord Howe in the Pacific Ocean, the Cocos Islands in the Indian Ocean and others.

The nearest neighboring countries are Indonesia, East Timor and Papua New Guinea in the north, the Solomon Islands, Vanuatu and New Caledonia in the northeast and New Zealand in the southeast.

A visa is required to visit Australia. The Consulate of Australia is located in Moscow. Documents for opening:
1. Confirmation of payment of the visa fee
2. Application form 48R - please answer all questions and sign the application
3. Written permission from you to provide information to third parties or agents: Form 956 or Form 956A
4.1 color photo on a white background, size 35mm X 45mm
5. Photocopy of the page of personal data of a valid passport
6. Confirmation of your previous international trips: copies of visas
7.Podverzhdenie availability of funds in the form of a bank statement. Cash and credit cards are not proof.
8. Confirmation of the source of your income:
- a certificate from the employer indicating the period of employment, position and salary, as well as the duration of paid leave.
- documents confirming the registration of your organization, current activities and profits, if you have your own business.
- documents, proof of ownership
- a letter from a school or university stating your student status and approved absence period.
9. If you are visiting a relative or friend in Australia:
- Copy of identity document: photocopy of passport, driver's license invites
- Signed application specifying the degree of support, if the invitee provides you with financial support for travel and stay in Australia, and proof of income invites (salary receipts, bank statement)
10. For applicants under 18 years of age (including dependent applicants)
- a notarized copy of the birth certificate, and
- a notarized written permission to travel to Australia from a parent who is not traveling with the child, as well as a page of personal passport data or a copy of another document certifying
personality of this father.
11. If you are already 75 years old, you must provide health insurance for the entire period of your planned stay in Australia
Depending on personal circumstances, additional information, such as a resume (CV), may be requested.

Australia's climate is heavily influenced by ocean currents, including the Indian Ocean dipole and El Niño, which create periodic droughts and seasonal tropical low pressure, leading to the formation of cyclones in northern Australia. These factors cause a marked change in rainfall per year. year. Most of the north of the country has a tropical climate with mostly summer rainfall. Almost three-quarters of Australia are deserts and semi-deserts. In the southwestern part of the country the climate is Mediterranean. In most parts of the south-east of the country (including Tasmania) the climate is temperate.

The Australian dollar (symbol: $; code: AUD) is the currency of the Australian Union, including the Christmas Islands, the Cocos Islands and Norfolk Island, as well as the independent Pacific states of Kiribati, Nauru and Tuvalu. Divided by 100 cents. Usually abbreviated to the dollar sign ($), but there are other notation: A $, $ A, AU $ and $ AU.
The Australian dollar is the sixth largest traded currency in the world (after the US dollar, euro, yen, pound sterling and Swiss franc), accounting for 5% of world currency transactions. The popularity of currency traders is due to the high interest rate in Australia, the relative freedom of the foreign exchange market from government intervention, the overall stability of the Australian economy and political system. Since 1988, no special paper has been used to make banknotes, but paper.